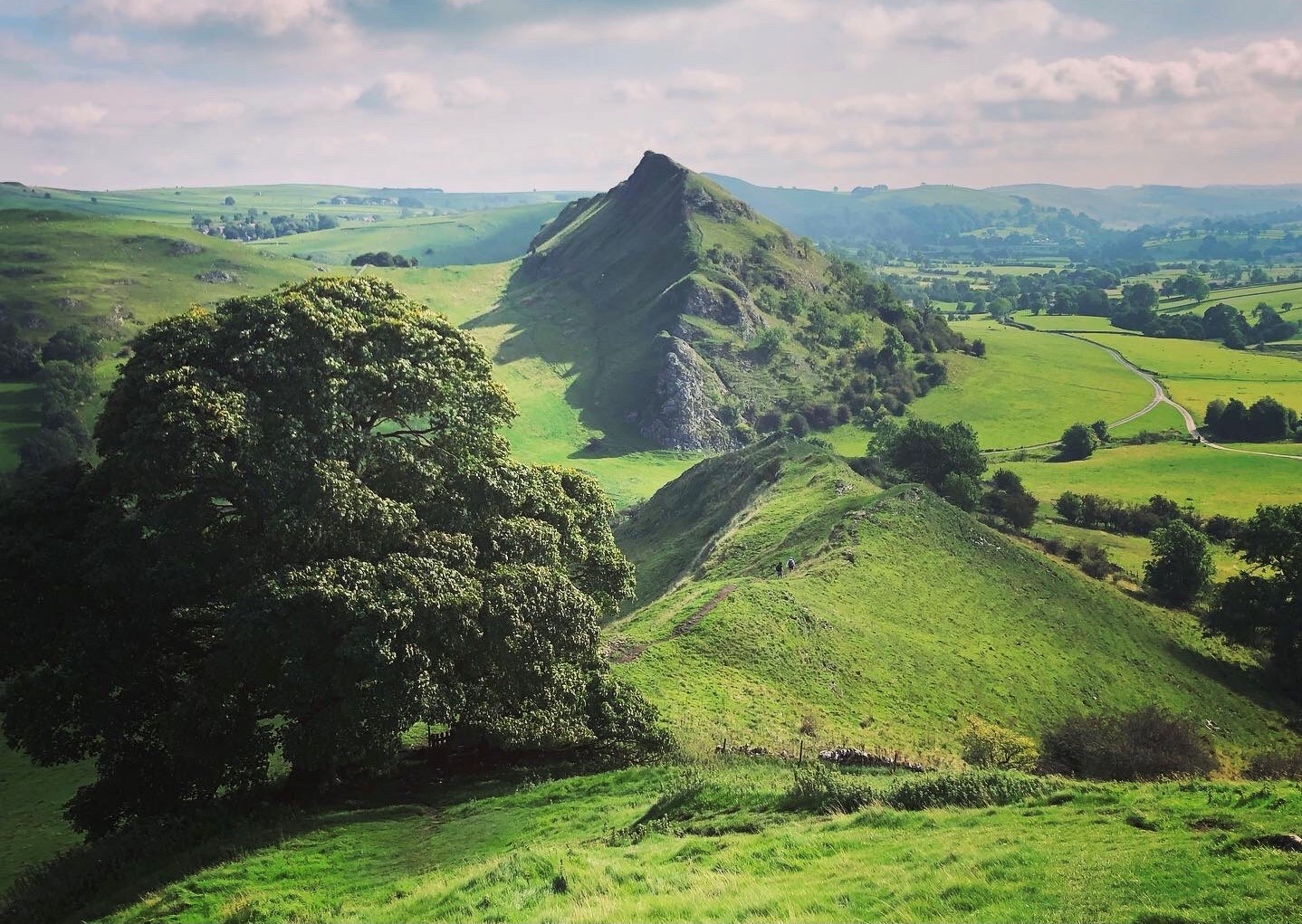 I’ve touched upon the subject of ‘resilience’ before, and I’m willing to bet that the vast majority of us will have been forced to develop this ‘in spades’, following confirmation that the UK’s first case of COVID-19 had been recorded on 31st January 2020.

However, ‘Risk and Resilience’ has long been a focus for businesses around the globe, both in terms of determining technological or financial vulnerability, and assessing the extent to which teams of employees possess the emotional resilience to deal with a range of challenges.

The popular saying ‘What doesn’t kill you makes you stronger’ (albeit originally rather more eloquently expressed by the German philosopher Friedrich Nietzsche) is one that I am particularly fond of uttering, and I don’t mind admitting that (at least nine times out of ten) it is accompanied by a cursory rolling of the eyes too! The very notion that the only feasible alternative to ‘coping’ with the additional stress of a challenging situation is ‘certain death’ would (to my mind at least) seem to be a rather extreme means of testing one’s adaptability. And anyway, ‘broad shoulders’ are arguably something best left condemned to the 1980s…

On the other hand, it could be argued that it is only by ‘pushing the boundaries’ that we learn the true extent of our capabilities and there is definitely something to be said for trying new things and embracing fresh challenges from time to time.

Last Sunday, we ventured once again to our happy place.

The Peak District (with its steep limestone valleys, dramatic gritstone ridges and stark moorlands) never fails to provide us with some much-needed breathing space, and our boys love nothing more than to scramble unreservedly amongst the numerous rocky outcrops. Having first consulted ‘ViewRanger’ (our Sunday app of choice) we had chosen a circular walk in the Upper Dove valley area of the Peak District taking in a line of pinnacles said to resemble the ‘plates’ along the spine of either a dragon or a dinosaur. The very mention of such dramatic imagery certainly piqued the interest of our youngest and it was with great relish, therefore, that he scampered ahead like the proverbial mountain goat.

Very quickly the going became incredibly tough with steep inclines, scant paths, and a variety of uneven surfaces that had a habit of crumbling at the most inopportune moments. Two legs were quickly exchanged for ‘all fours’ as we kept our centre of gravity close to the ground and (desperately clutching at anything that might lend some kind of support) leaned into the mountain in a fervent attempt to steady not just our bodies, but also our nerves.

Needless to say, with several more pinnacles still to navigate, this was an ordeal that was to be repeated more than once and I’ll admit to succumbing to brief periods of panic each time our boys vanished from view. I needn’t have worried though, because they were infinitely more agile than either of their parents – and in their element at being able to assist their old and feeble mum in her increasingly tentative attempts to conquer the rugged terrain.

We were ultimately rewarded with spectacular views, looks of admiration (from seasoned hikers with rather more specialist equipment than the humble trainers that we were sporting) and a well-earned (and deliciously peppery) pasty at the summit. Even the boys agreed that this was a winning combination, worthy of deserting the Xbox for a few hours at least. High praise indeed!

Once we were safely back at our car, the journey home offered ample opportunity for quiet reflection. Stiff legs and a sense of elation were proof enough that some risks are definitely worth taking.

And the best bit? ‘Death’ was cheated out of one more day!

Most people will be familiar with the phrase “Never work with children or animals” coined by W.C. Fields all those years ago. However, I’m willing to bet that (following an extended period of COVID driven home schooling) an even greater proportion of adults now have a better understanding of the potential pitfalls of even trying to achieve something useful whilst the ‘ankle biters’ are around!

As a mum of boys, I discovered quite early on that my children needed ‘exercising’ in almost the same way as a dog. Any fleeting thoughts of spending a ‘lazy day at home’ were usually swiftly dispersed upon realising that there would almost certainly be ‘pay back’ – in one form or another. If we were lucky, it might simply be under the guise of incessant bickering and the joyful refrain of “it’s not fair!” being emphatically chorused on auto repeat. On a bad day though, the afore mentioned arguments and protests would gradually escalate into the damaging of toys, furniture, or (much to my husband’s annoyance) the paintwork. And so, a genuine love of the great outdoors developed (amongst their parents at least) and with it, tangible improvements to behaviour, sleep quality – and (I’ll admit it) home décor!

Having moved to Derbyshire in 2014 we have been fortunate enough to have acquired an enormous natural playground, right on our doorstep. Many a Sunday is spent happily exploring the astonishing beauty of the rugged terrain and majestic rocky outcrops of the awe-inspiring Peak District. Bracing climbs and spectacular views do wonders for one’s physical and mental wellbeing and only the most appalling weather conditions can generally dissuade us from heading out there.

Shortly after Christmas then, ever mindful of the usual post-turkey resolutions, we took the decision to brave the snow and head out to the Peaks. We had chosen a circular walk from ‘The Fox House’ in Longshaw and (at just over 4 miles and supposedly well within our capabilities) headed confidently in the direction of Higger Tor.

All went well to begin with, both boys happily running ahead and delighting in trying to shatter some large sheets of ice that were dotted about at the edge of the trail. In no time at all we had reached the first proper ascent, stopping only to watch a handful of intrepid motorists do battle with some horribly icy country lanes. As we picked our way carefully amongst the rocks, my husband became aware that his phone battery was almost flat and that since this was our only means of navigation (coupled with the fact that an ominous mist was threatening to obscure the landscape altogether) there might be genuine cause for concern. Without a feasible alternative though, there was no real choice but to carry on – and besides, our youngest was making short shrift of the rocky ascent, emulating only the most experienced of mountain goats!

Eventually, (and after an undignified fall on my part that ironically followed a plea to ‘be careful’ to my two infinitely more agile children!) we reached the summit and discussed the quickest route down. The snow had fallen more heavily on that side of the tor and so it was quite difficult to gauge (with any certainty) what lay below. The mist was closing in more rapidly now too and so we promptly chose our ‘path’ and began our descent.

Having negotiated countless twists and turns (largely of my ankle joints) and numerous precarious screes, we stood at the bottom, peering into the distance. We knew the general direction of our car’s whereabouts but a veritable minefield of boggy land and grassy tussocks (blanketed in snow for additional challenge) lay between us and welcome refuge.

And that’s when it happened.

My husband (very much pack leader on such occasions) literally disappeared into the marshland letting out a cry of anguish as he began to sink deeper into the quagmire. I, of course, was expected to leap to his aid but, having now been utterly paralysed with laughter, could do nothing but crumple in a heap and giggle inanely from afar. Fortunately for him, our eldest (upon realising that his father was not in the least bit amused by his wife’s shameful behaviour) swiftly regained his composure and rushed to my husband’s assistance.

Just as we were taking stock of the collateral damage to both my husband’s clothing, and his dignity, we heard a mighty splash nearby. All three of us whipped around to see what on earth had happened now. There, only a matter of yards from where my husband’s ‘rescue’ had recently taken place, was our youngest – up to his waist in bog and waving his arms frantically above his head as a means of attracting our attention. This time (mercifully) the maternal instinct kicked in and (instead of giving in to helpless laughter) we all rushed to hoist him out. The fact that there was a sort of tide mark just above his nipples was a clear indication of just how deep the marsh had become now that the thawing process had begun in earnest.

But before you devote too much sympathy to our ‘little man’, I feel that I should tell you that he later confessed to having in fact ‘chosen’ to launch himself into the bog… Apparently, the reasoning behind his actions was that because he knew that he was considerably lighter than his father, he “thought (he) would just skid along the surface of the ice and not sink in at all”!